Fellow tlsplacers (in Nigerian coup announcement voice), I am pleased to inform you that this blog would be one by the end of this month. When I posted the first episode of Finding Hubby April last year, there was no way I could have anticipated what tlsplace would become. But what a phenomenon it has grown into; one year later, 700,000 views later, one book later, one event later, I should say thank you. To everyone who spread the word, and to everyone who took the time to read my stories, comment and help make it better with insights shared, I say thank you.

So to celebrate, we’ll be having another TLSPLACE GIVEAWAY – THE WRITE RIGHT COMPETITION and here’s what I’ll be giving away – A WHITE SAMSUNG GALAXY NOTE 10.1 courtesy APPZONE (http://www.appzonegroup.com/)

To stand a chance to win this, you need to enter for the WRITE RIGHT competition and we’ll be tweeting about it with the hashtag #WriteRight

You would need to read the final episode of Finding Hubby HERE to get the plot. Toke and Hawt Pastor started a relationship. Simply write a short story with not more than 1,000Words (we’ll be real strict about this. No Long Thing!). The story should be about Toke and Hawt Pastor and must feature Gloria, Femi Tosh and of course Oyin Clegg (You’ll have to read Finding Hubby to get this. If you haven’t, read the first episode HERE)

Send in your entries to ajileyeb@gmail.com

Each person can only send in one entry and entries can be sent in from anywhere in the world.

HOW WE’LL GET THE WINNER

Once entries are closed, our judges will select FIVE of the entries. These five entries will then be posted on tlsplace on Monday 1st of April 2013.

You will then be able to vote for one of the five posted entries. Voting will last from Monday 1st of April to Sunday 7th of April 2013. The entry with the highest number of votes wins the Samsung Galaxy Note 10.1

Ayomidotun Freeborn is an Administrator at OnePageWeekly http://www.1pageweekly.com an online literary magazine; and also the Creative Director at Lucid Creatives. Though a certified electrical engineer, he currently makes his living in the field of Creative Design and Brand Identity Creation, after spending time as Creative Director for Vine Media Services (a Media and Publishing Outfit) in Lagos. While at Vine Media Services, he was also involved in organizing the first-ever Bookvine’s SeunWrites.com #EndTheStory Competition. Though he likes to stay behind the scene, he is known in the literary circuit for his efforts at supporting and promoting literature and new writing in Nigeria, and making OnePageWeekly an open platform for aspiring writers to showcase their works.

When he is not doing any of these things above, he is attending book-readings around Lagos, discussing African literature or viewing the world through the lens of a camera.

Ebun Feludu worked with Farafina Books and then moved on to True Love Magazines as one of its most prominent writers and editors for three years. Her work at True Love cemented her reputation as a writer’s writer.

She has wide and varied experience as a writer, editor and PR consultant amongst other things. She is currently the principal partner at Plug Nigeria, which creates human capital projects as PR platforms for private and public firms.

Ema Edosio is a prolific film maker and photographer, with experience in areas as diverse as documentary making, movies, music videos and events coverage. She is a graduate of the Motion Picture Institute of Michigan where she studied Cinematography and Directing and is pursuing her masters in Communications and Media Studies.

She has worked as an editor for Capital Dreams Productions for various music videos. She worked on major productions such as the Celebrity Takes Two Reality show, Chanel O Music Awards and as a producer on Hip TV Nigeria. She has also shot documentaries for NLNG and the Nigerian Society of Engineers.

OC Ukeje is an award winning actor, with experience in film and on stage. He has starred in various productions including Two Brides and a Baby, Hoodrush and the soon to be released adaptation of Chimamanda’s Half of a Yellow Sun. He broke into Nollywood after winning the Amstel Malta Box Office reality show and has not looked back since, growing to become one of the most sought after leading men in the industry. He bagged the Best Actor in A Drama in the just concluded Africa Magic Viewers’ Choice Awards.

Tolulope Adeleru is a broadcaster and journalist who likes to think of herself as a princess of all trades, queen of some.

She hosts the top rated Morning Crossfire on Nigeria’s first news, talk, and sports station, 99.3 Nigeria Info. Since she spends most of her days immersed in discussions on politics, the economy, security and the like, when she gets the chance she lets her hair or maybe braids down.

Tolu reads anything that can hold her attention within the first 5 pages. She says that she gives every book a chance to draw her into the author’s world, because the journey could be incredible.

Asides from reading, Tolu loves cooking, listening to music, and discussing issues as well as planning her world domination.

The prize will be presented to the winner at an event we’ll be having at the very nice LitCaf (check them out HERE), situated on the first floor of the E-Center, Sabo, Yaba, Lagos. The top five entries would be read at the event (preferably by the writer, except they are unavoidably absent).  The event will hold at 2pm on Saturday April 13, 2013.

I would also read an excerpt from the book I’m currently writing Guardians of the Seals (read an excerpt HERE). So please plan to come around for this event.

Where the winner does not reside in Lagos or Nigeria, I’ll be sending the prize to wherever he/she desires.

If you’ve got any questions, please hit me on twitter @tundeleye and I’ll answer as best as I can.

SO LET THE ENTRIES BEGIN, LET THE HUNDRED FLOWERS BLOSSOM, AND LET THE BEST WRITER WIN.

Buy Guardians of the Seals on Okadabooks

CLICK TO VIEW ALL THE WRITE RIGHT PRIZE GIVING PICTURES 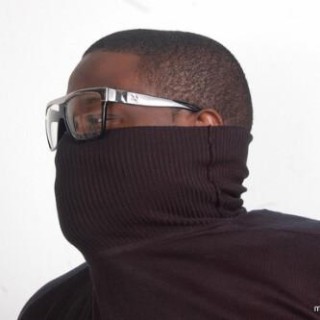 A Beautiful Mind. Writer. Musician. Creative Mind Through and Through.